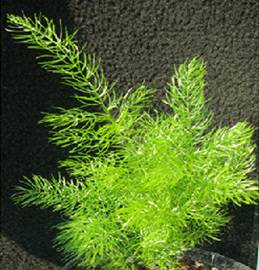 Shatavari is known as the most innocent herb which contains wide range of benefits for human body. It derives its named “Shatavari” as a woman possessing hundred husbands. It is a rejuvenate herb and roots are used about 500tonnes in India every year for the production of medicines. Drugs prepared from Shatavari is used to treat gastric ulcers, dyspepsia and for nervous disorders. It is a shrub with average height of 1-3m with fascicle or clustered roots. Flowers are branched and are 3cm long. Perianth is white with good fragrance and 3mm long. Anthers are purple and berry is purple reddish in color. It is found in Africa, Sri Lanka, China, India and the Himalayas. In India it is found in Arunachal Pradesh,Assam, Chhattisgarh, Delhi, Gujarat, Haryana, Himachal Pradesh, Jharkhand, Kerala and Punjab.

Climate– It is grown in warm tropical areas  and cannot survive at freezing temperatures.  It can be seen growing good in warm and humid climate.

Planting Time– Transplanting of seedlings should be done in the month of June-July.

Land Preparation– To bring soil to fine tilth, digging of land is to be done at depth of 15 cm. Transplantation is done on raised beds.

Spacing & Plant Population– Normally a spacing of 2‘X2‘ is followed.

Manures & Fertilizers– In general, the crop responds well to the application of organic manure (vermi-compost, neem cake, Trichoderma, Gypsum). About 4-5 tones of organic manure per acre area may be applied at the time of soil preparation and also in the subsequent years. If sufficient quantity of wood ash is available it can be applied in the pits at the time of planting as it helps in establishment of plants & their subsequent growth.

Nursery –   For 1 acre cultivation, 100 sq feet long nursery is required. Seeds are sown in the month of June-July. The soil is prepared well by digging upto 30-40 cm depth and sow shatavari seeds. After sowing cover beds with thin cloth so it retains moisture. Seedling germination starts after 8-10 days.

Seedlings are ready to transplant after they attain the height of 45 cm.

Irrigation– To get good crops, irrigation at different critical stages of growth is required as follows:

Irrigation is done at weekly intervals.

Please Note, the information published in this website has been compiled from different sources and places (such as - various agriculture universities, government agricultural offices, various agriculture based websites, farmers and others) which can be changed according to person, place, situation and management practices, this information has been given for information only. We request the readers that, using their discretion, you can take discretion in this regard; your decision will be purely based on your own discretion in which our organization will not make any interference.