Ashwagandha, which is also called “Indian Ginseng” is native to India. It is mighty useful Plant according to Ayurveda, ashwagandha roots has medicinal properties and is used to cure debility, anemia and impotency. Its regular use improves vigor and immune power.

Ashwagandha is a low growing perennial that grows up to 3 feet tall. Its leaves are long and elliptical, yellowish green. Its flowers are tiny bell shaped followed by bright orange-red berries.

roots of the Indian types has been reported to vary between 0.13 and 0.31 per cent.

good deal of attention because of its antibiotic and anti tumor activities. It is used for curing carbuncles

in the indigenous system of medicine.

Comfort during eye diseases. However, roots are mostly used for curing general and sexual weakness in human beings.

Ø  Its sowing was done by direct planting plants or making nursery.

Ø  Most farmers adopt Spray Method because its seeds are light.

Ø  Any one of the 2 methods should be adopted, it should be noted that the seeds should not be deeper than the grounds.

·         After 6 weeks when plants height becomes 5-6 cm then plants are transferred into field. 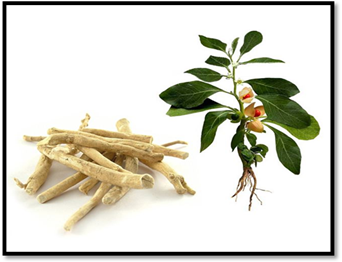